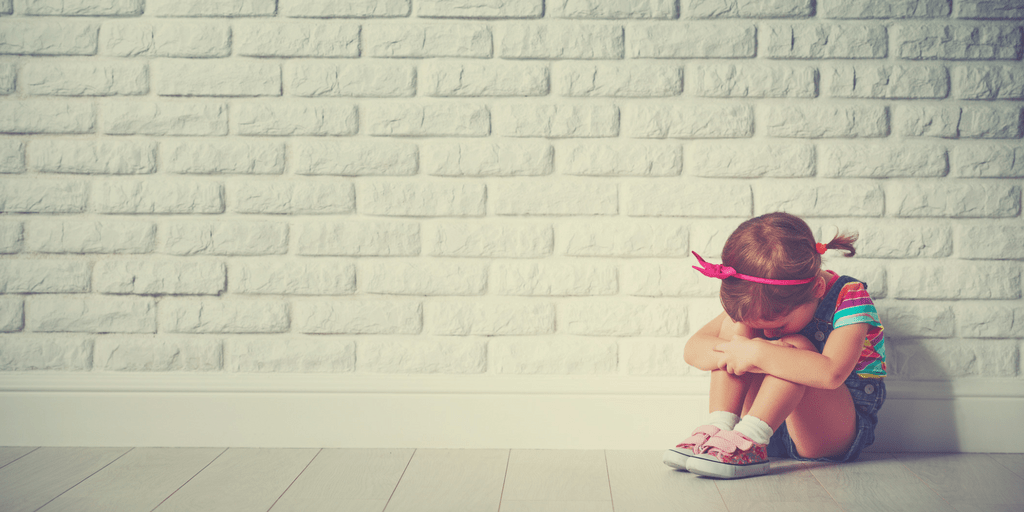 If I think about the complaints that I hear about parent-child power struggles, often 2 topics come up: screen time and bedtime.

I don’t know if you ever struggled with this but I’m pretty sure that you at least heard someone complain about this. This happened to me a few weeks ago when I was visiting a friend from the park. Our boys are good friends so we planned a playdate at her place.

As soon as I entered the living room 2 big posters caught my attention. One of them was a consequences chart. The other one was a reward chart.

I never used these kinds of charts with my son because I don’t find them compatible with my discipline approach. But I also respect other parents’ decision to use them.

I am a big fan of gentle parenting and I would gladly recommend it to any mom. But I would never try to offer my opinion to a parent who is not asking it. I have my own parenting mistakes to mind about and I wouldn’t dare to give unsolicited parenting advice to another mom.

But that day my friend started telling me how hard the last months have been for her.

“Every day is a struggle! Sometimes I feel like I can’t handle it anymore! I find myself yelling at him and I don’t want to do this!”

I could totally understand what she said about losing her calm. Because I know how it feels. She continued before I had the chance to say anything.

“Two things, in particular, drive me crazy every day!”

“Let me guess”, I said, “Screen time and bedtime?”

“How did you know? Is it happening to you too?”

“We do struggle with this sometimes”, I said. “But honestly, I mentioned them because I saw them on your charts.”

Both the consequences chart and the reward chart were mentioning screen time and bedtime several times.

“Go to bedtime early”, “No stories at bedtime”, “No screen time for a day”, “No tablet for a week”. These were all included in the consequences chart. “Go to bed 20 minutes later” “One more episode on TV” “15 minutes more screen time” These were some of the rewards.

Here is what I think.

When we use screen time or bedtime as punishment or reward, we make them more “valuable” in the eyes of the kids.

If we offer these moments a “special” attention, kids will do too.

When we use bedtime as a punishment, the message that we are sending to the kids is that bedtime is unpleasant. Otherwise, why would we use it as a punishment?

If the kids see bedtime as something unpleasant, they will fight it a lot more.

The same thing happens when we use them as rewards. If the child sees (more) screen time as a reward, it will consider it very valuable. We only make it more important for the child. Without realizing, we are sending the message that screen time or a later bedtime are things that are worth “fighting” for. And this is exactly what kids will do.

This will bring more power struggles. More unnecessary frustrations. More fights that we could avoid.

I’m not saying that parents shouldn’t set rules for screen time or bedtime. Sometimes they are necessary. But there is a big difference between setting rules for them and using them as punishments or rewards.

If you deal with many power struggles about screen time or bedtime, give this idea a thought.

Stopping using them as punishments or rewards may bring you the change that you need. It can bring you more calm and less fighting.

This change will take away some of the unnecessary attention that you put on them. It will help kids be more relaxed about them. Feel less determined to fight you about them. And become more willing to cooperate.

The same thing that happens about screen time and bedtime can happen for many other things that parents use as punishments or rewards.

Here is another good example: When you use sweets as rewards you teach the child that they are more valuable than any other food. This can cause unnecessary power struggles when you try to convince the child to eat anything else. In time, this can also lead to an unhealthy relationship with food that continues as the child grows up.

But there are also other reasons why behavior charts are an effective way to parent.

1. They affect the parent-child relationship.

A consequence chart leads to more disconnection between the child and the parent. It doesn’t teach the child how to do better, it only punishes him for not acting right. Punishments will make the child lie more to their parents and hide things from them. And this is not something that we want our kids to do, isn’t it?

Rewards can also affect the relationship because they affect the child’s inner motivation. A child that is used to get a reward for doing a chore will be less willing to do that chore without the reward. The same thing will apply to homework and many other tasks that the child will need to complete in the future.

2. They have negative effects on the child’s development.

It is scientifically proven that punishments and rewards are not effective. On the long run, they do more bad than good.

Here are some very good articles that prove this:

– Punitive Damages – a fragment from Alfie Kohn’s book “Unconditional Parenting: Moving from Rewards and Punishments to Love and Reason” that talks about the negative effects of punishment

– What’s So Bad About Bribing Your Child? – a great article from AHA Parenting

– What’s Wrong with Timeouts? – another helpful article from AHA Parenting about one of the popular components of consequences charts – timeouts – and why they are not doing any good to kids.

3. They focus on “judging” instead of “guiding”

When parents use punishments and rewards, they basically judge the child’s behavior and decide if a punishment or a reward is needed. Imagine this from the child’s point of view. It must be really hard to be judged all the time!

Instead, what kids really need from their parents is guidance. Kids look up to their parents and learn from them how to behave and how to approach situations in an appropriate way.

Offering guidance is much more powerful and effective than simply deciding on a consequence or a reward. It’s far more beneficial for the child and a lot more rewarding for the parent!

This article is not meant to criticize any parent who uses behavior charts. I have friends who use them and I respect their decision.

My only intention with this article is to offer some food for thought about the effectiveness of this approach. It’s up to every parent to decide what method to use but I hope that the above arguments will be a good starting point for reassessing behavior charts and whatever they are really the right choice for kids.

Maybe you wonder what happened to my friend who was using those 2 big charts. That day I told her exactly what I wrote above. She said that it would give it a thought.

Some weeks after, she told me that she gave up using the behavior charts. She told me that it was hard at first but after a difficult start, things got a lot better!

I was so happy to hear this! She helped me with many great parenting tips along the time and I was very glad that I could give her a helpful tip too!

If you deal with many power struggles and you feel that you can’t connect with your kids as well as you’d wish, give this idea a try! Giving up using behavior charts can be a wonderful decision for both you and your child!

How to get kids to listen in a calm and positive way
Next Post: How to easily create a travel binder that will keep kids busy for hours